Unlike his warrior brothers, Garth de Ware seeks refuge from his passions in a monastery, until Cynthia le Wyte, a beautiful healer from his past, challenges his vows of silence and celibacy.

Raised in the shadow of his warrior brothers, Sir Garth de Ware has retreated to a life of peace in the Church, seeking refuge from the unbridled desire that nearly destroyed him as a youth. But a beautiful healer from his past—newly widowed Lady Cynthia le Wyte—is not about to let the daring hero she remembers brood away in a monastery.

She sweeps into Garth’s humdrum life, reawakening his passions and challenging his vows of silence and celibacy. And ultimately, Garth is forced to choose between his holy calling and the calling of his heart.

What People Are Saying...

“Glynnis Campbell has written another winner!”

“A medieval romance trilogy not to be missed.”

At least that explained Cynthia’s imprudent presence here. But Garth’s cursed body didn’t know the difference. Blood surged to his loins. “Go back to your chamber.”

“Nay,” Cynthia said, rushing forward. “You don’t understand. It’s all right now.” She pressed her palms flat upon his chest and gazed up into his eyes. “It’s perfect.”

Garth had no idea what she was babbling about, and he suspected neither did she. “Go now, Cynthia. Go.”

She looked dismayed for an instant. Then sudden inspiration sparked in her eyes. “Kiss me!”

His gaze dropped involuntarily down to her mouth, that wide, sensuous mouth that probably tasted of fine ale. “Nay, my lady.”

“Then I shall kiss you.”

It would have been unforgivable to jerk away from her then. Particularly when she looked so naďve and vulnerable, weaving on her feet. It would have hurt her. At least, that’s what he told himself. But he should have recoiled as if from fire. Instead, he let her raise her mouth to his… 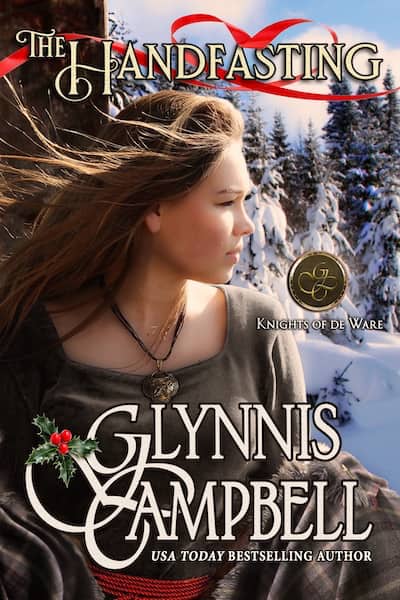 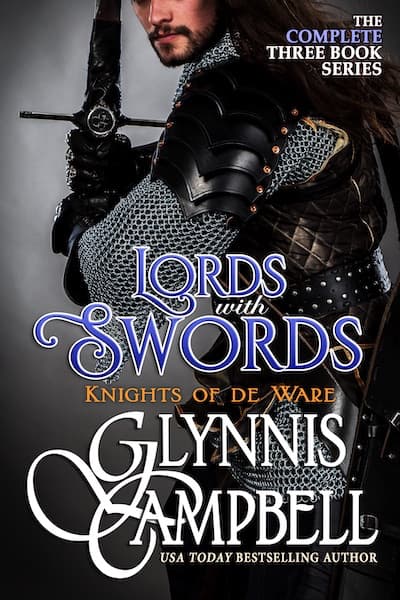